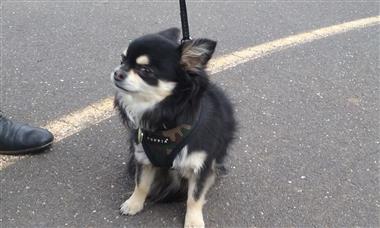 This site is about dog and cat training – well mostly dog training … but to understand how to train dogs it is also very useful to know about dog behavior.

Most people have heard stories about this thing called socialization, and a lot of people think that a dog will do this itself or that it just needs to be in a house of people.

This is wrong on every count.

A truly socialized dog is one that daily visits off lead dog parks, has a mix of different dog breeds and environments and meets the people. they enjoy themselves so much on these excursions that they learn how to be social with all dogs and people. Social even means what dogs to avoid, but it means a happy dog that generally goes through life without fear or anxiety.

So what does the sensitive period have to do with this?

Well the sensitive period is just the window of time very early in a dog’s life where it will either be treated right to the right kinds of daily experience to become social and make your life and dog training so much easier, or it will be a time the dog misses out on and it will carry fear and mistrust for the whole of its life.

Some people think that a dog needs to be exposed to a bad experience to become scared or aggressive or that a dog in the back yard with another dog, or in a house with a family will just become friendly and social. But neither of these things are necessarily true.

The sensitive period was coined by classic dog experiments in the 50-60’s by David Freedman, John A. King and Orville Elliot and published in Science in 1962

The gist of the experiment involved taking five litters of cocker spaniels and three litters of beagles and raising the litters with their mothers in a one-acre fenced field isolated from humans.

The experiment: involved 29 pups to learn what interaction was required and when to make dogs social and how long this would last. The puppies were socialized for a with groups being socialized for ONE week at the age of 2 weeks, 3 weeks, 5 weeks, 7 weeks or 9 weeks of then returned to live in the field.

The experiment had the puppies played with by humans for three daily 30-minute periods over the one week of their socialization, then they were tested for the level of socialization they had.

RESULTS: When puppies reached 14 weeks of age they were brought in from the field and over a 2 week period they received daily contact with humans.

There were 3 tests: handling test, a leash test, and a reactivity test.

At the end of the testings and re exposure to humans ONLY the control group (those not giving human exposure until the tests) scored significantly lower on handle-ability. (because they had anxiety) and as you may know anxiety and fear lead to dogs biting.