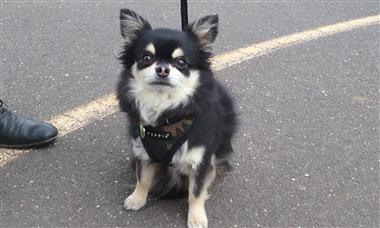 Part one of this article looked at the specifics of the sensitive period dog experiments in the 50’s and 60’s this article summarizes why it is vital to dog training.

A puppy’s socialization should start early if you want them to be fully social throughout their life. The latest should be 5 weeks old. This is because , because earlier than 5 most of the puppies have motor skills, are being weaned and not that interested in humans. You can play with them, but it wont make much different to their social development.

Socialization MUST start before 14 weeks of age. The difficulty with this is that many people don’t get their puppy before 12 weeks (8 being the earliest to leave the mother) so you have to rely on the busy breeder spending time wiht the dogs each day and the dogs being able to play with all the other puppies too.

As the dog ages went over 9 weeks, every week towards the critical 14 that they were not intensively handled and played with by the handlers meant a delay in being social and some fear. This fear could usually be overcome, but there is a strong chance that the dog would never by the 100% social that it could if it was handled from a young age.

Socialization prevents a dog having an irrational fear of people, objects, other animals, and various environments.

And note this is just the socialization that is critical for a dog to have a chance at being social and happy in life. If you do not continue socializing a dog as it lives with you, it will revert to fear and again may never fully recover.

So far this article has only been about the sensitive period and your dog. Sometimes this is out of control of an owner (especially if they have a rescue dog).

Assuming your dog is an adult dog now, you need to understand that you can only train a dog to the level of socialization it lives in. Some dog guard trainers and dog hunting owners will purposefully keep their dogs away from affection and other dogs, making the dogs anti social on purpose.

they can train their dogs to do guard duties and attack, but the dogs have an immense difficulty being nice with people and other dogs, probably forever.

What you most likely want to do is have a social dog, so that it will be friendly with you and other people and dogs at the cafe and dog park This will only happen if they are regularly exposed to other social dogs at your local dog park. But you also want a trained dog, because that is why you are on this site.

Training will only be of value to you and your dog if your dog is social, because you want them to have recall with many other dogs around. You want them to ignore other distractions and temptations in the park and listen to your commands. If a dog is happy and getting what it needs socially, if it is not fearful of other dogs, it wont run away from you or other dogs in the park, except in play mode. You will be able to train a social dog much easier (and in group classes) than you will a non social dog.

And that is why having a dog that was socialized during its sensitive period is very important.