What happens to a dogs Neurological Development after four months? 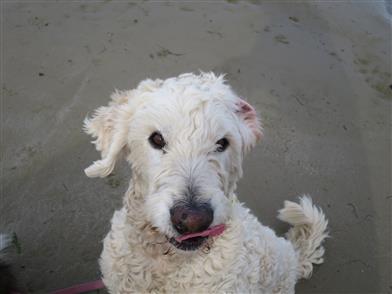 Dog Training really starts to kick in after 4 months.

This is also known as the second social period – or really the last chance you have as an owner to make a difference.

if you want to stop barking, fear aggression, major separation anxiety outbursts and escapes, this is when you put the hard yards in.

This is the period when most dogs are physically strong enough to make dog walks, and smart enough to recall. When they will make a choice to trust humans and other dogs on not. AND only by continual exposure to other dogs and people who are social will your dog learn to like them for the rest of its life, or not.

If your dog is fully vaccinated this is the SMALL window it has to learn all these things, before the wild nature of distrust and fear takes over, for life. YES you can improve any dogs social skills, but they will never by anywhere near the 100% achievable by exposure during this second social period.

This is also the ideal time for you to introduce your dog to traffic noises, cats and anything that you don’t want them to be obsessed or afraid of, possibly leading to their death, or at least encouraging owners not to take them out in future. This is when you teach your dog discipline and give it affection. When you let it know the rules, you cuddle it, you play with its paws and ears so it gets used to you touching every part of it without fear.

This is usually the most difficult for the owner.

If you missed out socializing your puppy during the two most important socialization periods up to 4 months of age .. you are going to pay for it now.

Now is the equivalent of the human child’s terrible two’s. Your puppy is becoming a dog with much extra strength and endurance. They will continue to test their abilities and your resolve. They will keep learning to lose the ability to listen to recall (many of them will). This is both of your tests.

Your dogs teething issues will be increasing, and perhaps they are also chewing the furniture and your shoes – long off lead walks burn the energy and socialize, now is not the time to be lazy !

Dog Maturity Period one to four years of age !

Physically and mentally the smaller a dog is, the quicker it is likely develop – which is counter intuitive because the smallest dogs also live to 18 years of age, while large dogs that take up to two years to develop all their bone structures and grow into their adult body might only live up to 10-12 years.

This is the period that a dog can still be considered a puppy and allowed a little more leniency in its desire not to be recalled. It is also the most trying time for owners as you will now reap how well you socialized your dog as a puppy. It will be physically quite strong and still want to test you, but if you did socialize it correctly, if you did discipline it (positive reinforcement) at thet right times, and expose it to many dogs and humans, then you wont have to deal with fears and phobias, just the youthful expression of puppies and their high energy – that you will still want to walk them every day to help them deal with being in a humans world.