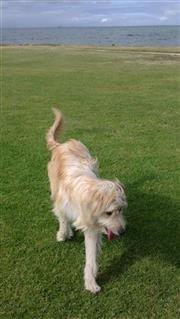 It doesn’t matter how much you spend on the best dog training around, or how disciplined you are at giving your dog discipline, if you let another human being let a dog do anything, or even worse, they abuse the dog.

Contrary to the old school way of training a dog, Throwing things at a dog, yelling it in its face will not engender bonding.

Of if like my previous client, you let your child drag the dog around by the lead, just for fun and scaring the dog, It will create high anxiety in the dog.

The way that the dog sees this is that the child is obviously an important member of the pack. As the owner always places its needs above the dog. So letting a child abuse a dog, will create instability in the pack and resentment from the dog, because it is getting punished for doing nothing wrong.

I witnessed some of these things in the clients home when I went to pick the dog up, and of course I was there only for a tiny fraction of the time that the dog and child are together.

This is the real dilemma. The dog is clearly being abused and the mother is letting it slide because she values the child more than the dog, and thinks that her son’s behavior is acceptable or that she can’t control him all the time etc.

The best dog training doesn’t work with our dog!

I have heard all of these ridiculous reasons before.

I love children, but I know that most dogs have far less of a voice in how they are being treated. You may consider small continually abuses by children as trivial, but I have seen many dogs ‘ruined’ by parents who let it slide, or worse, think that the child’s actions are funny – thus encouraging it.

Taken to the extreme, abuses of the family pet have been found in the childhood of many serial killers.

if her child was being bullied like this at school, there would be a major inquiry.

Today was the final straw in this child/ dog abuse behavior, when her dog was misbehaving towards other dogs during transport (because of the child actions). When we got her dog home from my ‘best dog training’, I let the client have her dog by its lead, and she let her son literally DRAG the dog along the wooden floorboards by the lead. The dog dug its feet in but was being slid very much against its will, as the child treated the dog like some kind of toy to be thrown about at its whim. A rag-doll to be used and abused.

Note, this is all happening in front of me, after the client has thrown their arms up in disappear saying they have idea why their dog is all of a sudden acting out. And we have tried to brainstorm the possible issues!

If you randomly have anyone play/ punish a dog, like a sadist might rip apart a soft toy, that dog is going to have resentment. These are loyal sentient creatures that value pack walks and good food, but also expect to live in a safe home where there are consistent rules.

The dog won’t attack a human who is higher than it in the pack because they are abusing it, so it will act out in other ways, such as in the trainer’s car ! It is not actually attacking the other dogs, just is very grumpy and tries to scare them that it will nip.

I tried to subtly suggest to my client by email after the visit that dragging a dog around by its lead (sliding on the floorboards as it tries to get away) might be the cause of the dogs upset. Might be the reason that it is acting up in the car. That it might circumvent the need to go to a vet to find the cause !?!

Best dog training will result in nothing, if the parents of the dog and children are not consistent with training !