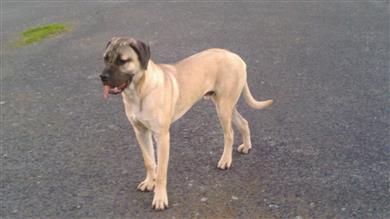 I don’t know, have I been down this path with you before?

I guess I get so hyped up about this because of all the dogs I see being carried around with bizarre haircuts and toenails painted.  Its good to have a hobby and a craze, but if you love your dog, its best to do what is actually best for it.

Natural will never be dog food from a dog food maker. They make it complete with as much wheat and grain as they can fit in for cost savings.  This is as unnatural as you can make a food substance and still conceivably call it food.

Back in the wild dogs used to catch their own food, and they evolved to do so.  They evolved to catch, kill and eat the food they caught.  It was all meat and animal based.  Grain and vegetable matter, grasses, might have been ingested accidently, but they weren’t the main course.

If you ever pick up a pack, a can of dog food, or a pack of dog treats, and it has the word NATURAL written on it – remember what is natural to a dog.  Natural does not mean that it has some substance grown in the ground as its major or even significant ingredient.  If a company puts the word natural on it and they have a lot of grain in the pack – then they are a liar and should be litigated against.

Why are food companies allowed such liberties with a word that is dictionary defined so well.  At no stage in a dogs evolution has it every purposely ran through a field chomping on grains or digging ground vegetables up.  It has never occurred to wild dogs to be so passive and change their digestive system around that is geared to eat meat.

What happens when a dog eats unnatural foods?  Well most companies in America pack the packets so full of vitamins and minerals they dampen any major damage down for a while.  Sure an animal fed inappropriate food will have a compromised immune system and will most likely get cancers and organ failure much earlier than is natural – but you know what, vets will tell you that is all about old age.  Its just that old age for a grain fed dog comes a lot earlier than a dog fed natural dog food and natural dog treats.

Its amazing how people get that eating junk food, over processed food is bad for themselves and their weight, and doctors and nutritionist tell them, but there is no one there telling them about dogs, because dogs get fed dog food that is making a lot of large companies very rich.

If they all make you believe in the unnatural natural lie, then the media reinforces it as truth.

Believe what you will, but common sense lets you know which dogs will be healthier at the end of the day.