Natural Dog Treats are what a dog naturally would eat 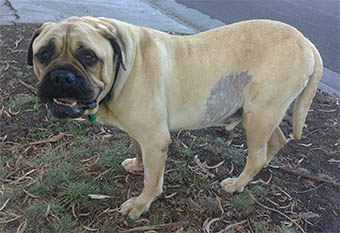 Natural dog treats are NOT man made

A bold statement considering that a man or woman has probably got to get involved with the process at some stage.

By NOT man-made, I mean they are as close to what a dog would eat in the wild.

what would be their first preference

what they would catch and kill as a pack.

Not what they could scavenge out of a human bin or off your dinner plate.

NOT anything with added sugar or excessive salt (beyond what an animal has).

Because almost everyone feeds their dogs grain by man-made dog food, dog treats, the natural healthy ones have to balance up all the bad stuff that the dog food put into your dog.

Don’t believe that dogs are carnivores?

Here is a thought experiment for you that will get your head around it. Vets and anyone selling grain stuff will tell you that dogs evolved with man to eat man food. That somehow over only 10-15 thousand years, with a very small dog population evolved from the wolf, somehow their whole digestive system changed and its ok to feed them70-80% grain by way of wheat rice or potato if you u like.

Lets pretend you really believe that, even though the dogs stomach acid is much stronger than ours (designed to desolve meat quickly) and their intestine is really short (designed to expel meat waste qhickly after the nutrients are extracted. Noticing that they cant easily extract nutrients from plant matter of course.

OK so the evolution was all about dogs hanging out with man, and us giving them inappropriate food right?

THEN WHY ARE DOMESTIC CATS STILL CLASSED AS CARNIVORES

Yes, your cat, that was around the entire length of time of the domestic dog evolution, and ate what the owners gave it, somehow magically retained ALL of its carnivore properties. If a cat is not fed meat it will die. If it misses out on some essential amino acids, properly provided in meat, it will die.

Your dog won’t die as fast, but it will live shorter and have a less healthy natural life.

There is no real debate. Every time you click on one of the home made dog food sites and it bangs on about making it out of lovely veggies and grains, click off it.

Your dog is feed way too much grain in DOG FOOD. IT NEEDS meat from natural dog treats.