Dog Training – Social Structure of dogs is no longer all about Alpha, Part two 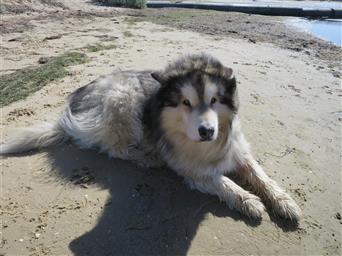 From the complexity of social signalling research it has been shown that “The term DOG DOMINANCE (and thus human dominance over a dog) does NOT describe the relationship between two individuals; it is a relative term established by the value of the resource to each individual and the cumulative effects of learning.”

Basically every new situation, when a new thing that both dogs want comes into play, then a whole host of parameters are involved as to which dog will defer to the other dog – as dogs typically do not fight with each other (when they are social). There is no automatic dominance that ensures one dog always gets its way.

” Hierarchy in dogs is neither static nor linear, because the motivation to obtain and retain a specific resource, together with previous learning, defines the relationship between two individuals for each encounter.”

Note this probably applies to the NON ancient dog breeds more than the ancient (as the ancient are likely to retain more of the wolf behaviour which can be more of the traditional hierarchy model than the new model.

It also has a major impact on dog training in that a dog will therefore not always trust the owner or trainer as being in control or dominant if it thinks it can do a better job.

” Only in those relationships in which one individual consistently defers to another across resources and interactions might a linear hierarchical relationship between the individuals be described.” But with this comes the caveat that this specifically describes dog to dog relationships not dog human. The dog human relationship may not be too different, BUT when a dog is used as a companion animal in urban areas, the owner has a special responsibility of keeping that dog safe at all times, in traffic, walking around the block and the dogs interactions with other dogs and people.

“Relationships with people are not established by dominant/submissive social signalling; they are a result of genetics, early handling, and socialization and shaped by learning and consequences.”

NOTE this is a direct quote from the author of the paper, it is not necessarily the truth or what this owner believes.

” dog owners must learn to read canine visual signalling and vocalization to understand when dogs want to engage and when they do not, as well as to train and reward relaxation and to safely and effectively modify fearful and aggressive behaviors.”

This of course suggesting that any training that relies on dominance and submission theories is doomed to long term failure. I abhor violence or any ‘unnecessary’ aggression on dogs. However an aggressive dog that is attacking another living being .. still needs to have that cycle broken. This is one of the hardest overall questions about how to handle such dogs in such situations. CAN positive reinforcement ONLY work on ALL dogs?