Why does your dog chase cars and bikes and people? 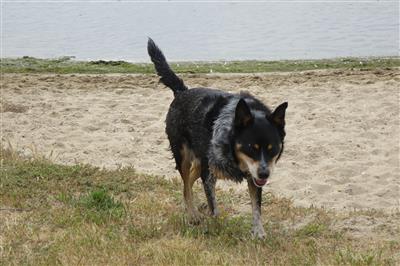 Before we get down to brass tacks to explain the obvious reason of why dog chasing objects unrestrained is a bad idea. We will also state the obvious that this is the most natural thing that a dog can do. Its primal, its how they catch their food.

Its obviously bad when a dog chases cars or children bikes or anything that can put the dog or human in danger. But also chasing at dog parks can cause a lot of anxiety to other dogs and people.

Be aware that I am a big advocate of off lead dog parks. Of dogs making their own decisions, of chase as part of play between two or more consenting dogs.

It is the most natural thing every dog has done going back to being a wolf. And in fact most working dogs still have this drive bred into them, as do hunting dogs. the hunting dog group presents a very large breed list, but often its the working dog that gets into a lot of trouble because they can have a tendency to nip other dogs and humans.

Its also obviously a bad thing with guard dogs and powerful attack dogs get too excited and cant switch off and it leads to a bite or worse.

The reality is that most people who own big powerful dogs have never socialised their dogs enough, because

The sad thing here is that some dogs do it for their own amusement, because

The reality is that the world’s most social dog can do excess chasing – but they wont nip and they won’t bite and they wont purposely scare a dog that doesn’t want to play.

A side note to this is that I have had client dogs that are chasers and have had to be put on lead and muzzled until they have worked out who is in charge and what is fair play in an off lead dog park. this is for EVERYONE safety.

So this article is the first part of discussing dogs that chase and why they do it.

Besides uncontrolled barking – the chase thing is the one that gives all dogs a bad reputation and usually leads people to have phobias based on child experiences.

Dogs chasing too much should be seen as an outlet to an excited dog and a way to burning energy, it just needs to be directed at the right things, or the right level … hence the next blogs.