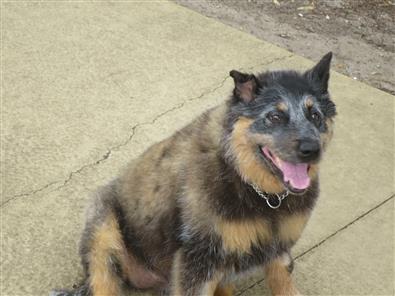 The most stupid thing that most dog advice columns do about dog begging is they auto launch into how to stop your dog begging with no understanding of why they might be begging.

If you don’t walk your dog regularly (DAILY), have them be social and have some kind of basic recall like coming and sitting, then you probably have bigger issues than this (dogs begging at the table).

But for a lot of people, their very social dog, with good recall and basic training will still be a complete food begger. Dont worry its actually very natural.

Before chastising your dog too much, you should remember that dogs are classed as scavengers from their wolf ancestry. This means that if they can’t catch food to eat, they will have to make do with a various assortment of what they can find in the forest. Its not always going to be great for them, and sometimes they will get sick experimenting, but it kept the wolf species alive forever and now dogs do it to.

Domestic dogs are more likely to do it because they often aren’t walked (and so are bored) AND dont have appropriate food given to them like meat. Dogs who are given grain fed diets will see almost anything remotely food like for humans as food for them. A carnivore domestic dog will often ignore plates of food unless there is a big tasty chunk of meat on it.

If your dog is not fat and has worked a lot, perhaps it needs more meat in its diet to satisfy its protein needs.

There can be whole bunch of psychological issues behind dogs begging or feeling hungry all the time.

Most dog aggression experts suggest you should feed your dog last in the house so they don’t think they are alpha, but if you only feed your dog twice per day, then at dinner time they will look at you and your food and wonder why as a pack they cant eat. But for a lot of dogs they can eat a full nutritious meal and still look to you for more.

WHY dogs beg for food

Primarily its a survival instinct. A dog will bury a bone for the same reason. A clever wild animal buries bones knowing that if they are not completely hungry at the moment or they cant finish the bone meal, it will be taken away for them, so why not put it away for later?

Similarly a full dog might keep asking for food, because it doesn’t know what’s going to happen to you (their provider). they live in the moment and can’t expect or rely on their main food source always being there.

Add to this mix the issue of pet kibble and pellets being made deliberately over tasty (years of labs experimenting) so that your dog over eats its dry food and wants more, and often that urge that has been caused by the oil, fat and sugar on the grain kibble will roll over into the dog now thinking it needs more but its eaten all the kibble so it must have yours too. Dogs in the wild have an auto cut off mechanism when they eat (hence why they can bury perfectly good bones). Its to keep them light and able to run away from extreme danger and not get killed that they don’t eat until they burst.

But labs have found a way of fooling dogs digestion and brain into thinking they need more and more. Its an incredibly bad thing they have done, but they make money and people keep buying. and of course if they didn’t put all that fat and additives over the grain, no dog would eat it, so they have just gone for broke into fooling your dog cutoff mechanism, so brilliantly it always feels like it should eat more !