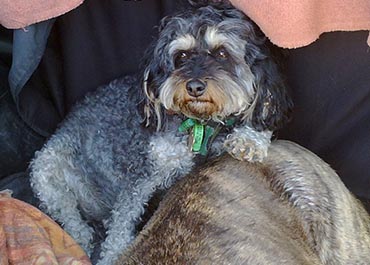 Ideally pregnant dogs should just be left alone and given as much comfort and warmth/ cooling as necessary for a hospitable climate to birth in. This is not contrary to any of the regular advice.

However, many pregnant dogs still enjoy being around other dogs until late in their pregnancy. If they feel uncomfortable or have difficulty walking, then it is fine not to take dogs to an off lead dog park. Just as dogs that are social respect puppies and old age dogs, so do most understand not to annoy pregnant dogs. This of course depends on what the dogs are like in your local park.

But isolating a dog too early in its pregnancy can set it up for being anti social long before and after birth.

And of course I would only suggest continuation of walks to such parks if the dog is social and has a recent history of being in off lead dog parks. the last thing you want to do is stress a pregnant bitch.

As you might know, a pregnant bitch will be intent on preparing a ‘nest’ and become ‘broody’ in the days before giving birth. all of this moodiness is caused by progesterone (from the ovaries), and prolactin (from the anterior pituitary gland).

You should also be aware that in some females the hormonal drive can be so intense that some non-pregnant bitches engage in the nesting behavior (and extreme moodiness) during a false pregnancy.

IF you try and train a dog that is going through a false pregnancy, or take them to a dog park, when they are so moody, you may find that you will have little control over them and you will to be able to practice any dog training.   They are also more likely to get into fights if they think they have to protect their phantom babies.

This condition is more common than many people expect and can cause significant chaos in your dog training courses. Imagine trying to have multiple dog training and one or more of the dogs think they are pregnant and shouldn’t be there – or that they have to protect their young!