If you have a run- away dog, here is a list of the reasons why they run 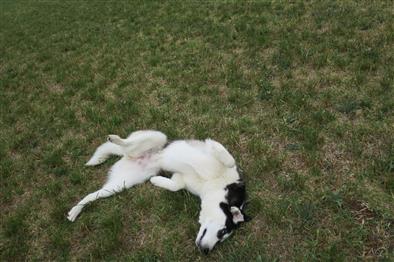 Let’s assume you are a great or average owner and walk your dog off lead each morning. Let’s assume that you have drained their energy and satisfied their pack urges.

Let’s assume you have a very social balanced dog that is mainly happy. OK too many assumptions for a lot of people but I am over reading so many dog sites with ‘reasons for this and that based on a dog being unbalanced and unhappy.

I will get to the unhappy or strong urge reasons soon, but if your dog is like my dog, they are the happiest dog on earth. So why does he continually try and escape from the front yard?

Well basically happy loving curiosity. My dog has watched through our fence the comings and goings of all our neighbours and who owns what pet, and where the barks are coming from. he knows that as soon as he gets through that gate, he can have a major explore, he can go say hello. Its not about mating or fighting, its about socialising. Plain and simple.

So the first half of the reasons for getting out of the yard are based on longing to socialise, never enough hours in a dogs day for that, its healthy, and only is discourage because of safety concerns of my dog roaming the streets.

The second issues are part of the chase mechanism. Some dogs will chase things down and bite them, this is obviously very bad for everyone involved, but even a dog chasing that won’t bite can get badly injured from other vehicles.

If a person walking their dog past my gate is spotted my dog often goes hysterical, to the uninitiated he isn’t trying to maim them, just wanting to get an up close smell of them. To know what isn’t known already.

The more your dog is a balanced dog, and one from hunting or retrieving breeds the more likely they will act like this, they want action. The more sedate lounge dog’s bought for looks and not taken to parks are more likely to be scared of the outside world and happier to sit at home on the lounge – they wont have the curiosity.

I know which type of dog I would prefer – one that is closer to a real world dog, to know its roots and to wont to be involved with life.