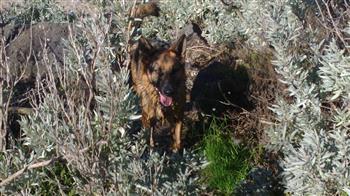 Dog owners like to keep control of their dogs when out in public. If a dog pees on something that it shouldn’t the owner feels embarrassed. If a dog pees too much perhaps they are dominating the owner?

Bonding and control over your dog is supposed to be walking in a straight line at a constant pace with your dog on a tight lead (at least in the start of dog walking your dog). The dog is not supposed to put it head down and sniff or be distracted from your very important dog walk mission.

Clearly marking territory will interrupt a walk (be like goofing off) and will be the dog choosing to do something different from what it was told to do.

This is why learning to dog walk your dog properly is as important for dog trainers and owners alike, as important as recall some people say, and say that the two are very connected. If a dog walks next to you as you want it to, it is listening to you and taking you as alpha and is far more likely to return even in a dog park.

If poorly house trained, too long crate trained, and not shown a spot to pee in the yard has occurred, dogs can mark territory inside of the house. House training a dog is mostly aimed at stopping dogs marking territory in the house and is clearly a hygiene issue as much as a training and control issue for the owner.

Sometimes separation anxiety will have a dog that knows not to urinate or defecate inside of the house to do so when the owner is away. Unlike cats that can urinate to get back at their owner abandoning them, dogs tend to eliminate out of fear of sadness that their owners have gone – it tends not to be a vindictive act.

Highly excited dogs or old dogs sometimes loose bladder control inside of the house, but can also be trained not to do so (well it is much harder with incontinent dogs). Calming a dog down before taking them for a walk, and slowly greeting a dog after an absence are the initial preferred methods of stooping excitement urination.

When a dog is properly trained, and is confident and social, and walked early in the morning, the likelihood that it will have a severe behavioral issue like eliminating waste in the wrong area is very unlikely. If it happens often it is a medical condition rather than a behavioral one.

Like a child, getting on top of a dog elimination issue early is the key. And in training making it fun and being repetitive and doing the exact same thing, are the keys to have a happy training session that the dog will take on to please you, rather than out of fear that will create hostility.