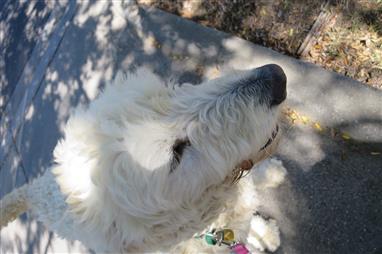 David Jones   from California wants to tell you that in the last article I looked briefly at the two camps of either believing all breeds are the same, or that they have very different training and development needs.

The reality is that to a good extent, training needs can be based around the dog group class that a dog sits in, so to speak.   There are 7 or 8 groups depending on the organization and below are the groups and how their different development/ training/behavior needs can vary.

All but 2 of the dog terriers evolved in the British Isles. They were mostly bred for hunting vermin and varmints ranging from rats to badgers to otters and more. ” These are dogs of great determination, courage and self-confidence”

This means that many terriers are tenacious, not all are good with cats and small animals and they can be difficult to train (some very hard) because they were bred to be independent.

The Working DOG Group vary considerably BUT most are powerful and intelligent, performing various tasks for their owners. The core dogs of this group are working farm and draft animals. Their secondary uses have been to guard homes and livestock, working as police and military dogs, security dogs, guide and service dogs and hunters.

Herding is a natural instinct in dogs that is seen in the wild. So these dogs often work on farms and ranches. The groups main purpose is gathering and moving livestock from one place to another. The border collie is one of the main dogs in this group, however some people consider this dog in the working dog group as well. Some people think that the working dog and herding group should be one group.

Be aware that while the border collie is considered the smartest dog on earth, much of this is their listening ability and willingness to please the owner. Smartness of this group is based on train-ability – but without relentless socialization, these dogs can be quite antisocial with other dogs.

This is one of my favorite groups. The reason that they are called sporting is that since human hunting has reduced as a past time, they are no longer known as gun dogs.

Gun dogs, water dogs, bird dogs all fall into this category – almost any dog that retrieves as its major function is classed in the sporting group

Included in this group are : pointers and setters that point and mark game; for spaniels to flush and retrieve game; and retrievers to recover dead and wounded game. They make excellent pets, need a lot of exercise and are usually quite trainable.

This group is another hunting dog group. They are a break away group from the sporting dogs group. The main difference is their BEHAVIOR in the hunt. Rather than hang with their hunter in a duck blind or similar, they are expected to be much more independent. The dogs are released and the humans follow the dogs often on horse or by machine of some sort as the dogs chase down and often hold their prey, or tree their prey. The scent hounds and the sight hounds are two main subgroups of this category.

TRAINING can be as difficult or more so than for the terrier group, because of their inherent independence, but once trained, stay very loyal.

A very interesting very mixed group of dogs. All dogs started out as large, after all their ancestor was a single wolf species. The toy dogs are just dogs successively bred down to be very small sizes of whatever dog breed they come from.

Because of this behavior and training varies widely. But they were all bred to be companion animals for humans. You would think with this single purpose hat they would all be gentle loving creatures, but if over pampered and under disciplined can be a big handful

DOG NON-SPORTING GROUP
This is the miscellaneous group, much like the toy category.

It came about because the AKC originally grouped dogs as either Sporting or Non-Sporting. Then hounds and terriers groups were split from the Sporting Group, and the Toys and Working dogs were split off from Non-Sporting

This means that now the Non-Sporting Group is every breed that is left after all other dogs are sorted into the other main groups. So behavior and training of this group is as varied as the toy category.