Immediate exposure flooding techniques, is Cesar wrong or did he get it right? 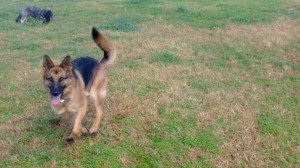 This is a technique that the famous Cesar Milan says he does 14% of the time. But many critics disagree with that amount or that it should be used at all.

Pet med makes the argument that flooding is a ” basic dominance-based concepts” that a dog cannot handle.

Their ” study demonstrated that many confrontational training methods, whether staring down dogs, striking them, or intimidating them with physical manipulation, do little to correct improper behavior and can elicit aggressive responses.”

It appears once again that the contenders are attacking someone with much media exposure to get their own message out there (and make money).

DO I believe in positive or negative reinforcement only?

By the opponents, it is said that flooding is a forced exposure (forcibly exposing the dog to a stimulus – such as tile floors, noise or people – that frightens the dog) ”

I get how this can seem terribly cruel.

I also get how the opponents say that humans are very bad at dominating a dog. “Whether staring down dogs, striking them, or intimidating them with physical manipulation, do little to correct improper behavior and can elicit aggressive responses.”

Yes, in the light of day, and on a website, this all seems very sensible.

The question might be about what behavior problem the dog has, and how might it be resolved. Can any conventional techniques work (positive reinforcement) or have all of those techniques been explored? Is it the skill level of the trainer the reason that there is no success?

Flooding is akin to the human version of “getting back on the horse, after falling off.” but is it that simple for dogs?

The question that remains unanswered and can’t be answered is how severe is the issue, what other issues does the dog have, and what breed is the dog.

The last one is something that Cesar and a lot of people will not acknowledge. However if you read just about every worthwhile site on specific dog breeds, they will tell you what dogs are more timid than others, and how some dogs will become very withdrawn and detached and non listening  even if you use a raise tone of voice on them.

There is a fairly good chance that Cesar has spent a lot of time evaluating possible solutions, and won’t try something that is likely to have catastrophic negative effects on the dog long term – particularly as he is filing in-front of a television crew and the owners most of the time.

Central  to this question are often the episodes that Cesar has aired where he used the flooding technique. In particularly where he eventually forces a dog to walk across a shiny floor that it has developed a massive fear of.  The point is (if you watch this episode) that Cesar works up to the point where the dog is regularly exposed to the floor. He doesn’t try it in the first five minutes then give up.

Does the dog eventually overcome their fear? Yes. Could it have overcome it another way?  That is the interesting part – how could a dog overcome a fear against something specific, by not eventually  bringing them back in front of their fear. Yes you prepare the dog, do other training exercises that lead up to the event.

Is it only called flooding when it is done quickly (little build up time) or if it is done at all?

This is the central question as to whether this kind of technique is valid or not. If you never exposed (flooded) a dog with any exposure to the original problem, how would you know the dog was ‘cured’ ? Unless you wanted to move house or dig up your floor, what would you do?

That is why I think some of the critiques of such techniques might be just making statements and bring up poorly constructed ‘scientific’ experiments to back up their case. Every dog and situation is different.

Nobody wasn’t to permanently harm a dog when using a technique to overcome  a debilitating issue. If Cesar’s and many other trainers flooding techniques get results and the dogs are not damaged, where they the wrong technique after all, or was it just a question of labeling for the challengers to get media time.

That is what you have to be careful of when you read a lot of ‘critiques’ on technique.