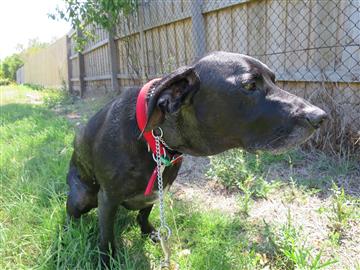 Dogs will urinate and defecate because they have to eliminate waste from their body, but unlike most other species they can spend a lot of time urinating to mark territory.

The process of territory selection is a difficult one for many dogs. They want to get it just right. They can take a long time sniffing and digging and exploring to find the best scent that they want to cover with their own scent.

The whole dog urine marking process is considered to be a olfactory micturition reflex (shafik 1994) – that is a strong scent must be picked up then by auto pilot the dog must mark.

The whole process is often considered a very dominant activity, a show of strength overtly telling other dogs that they have been to that patch of ground and perhaps that they own it.

Interestingly dogs have been found to urinate and mark a lot more on leash than off leash. You can speculate how you like as to why this might be the case, but one proposal is that on lead you are dominating them, so they want to be more dominant of the surrounds.

And this is where it can get tricky. Male humans always expect their male dogs to cock their legs to urinate, as if its some right of passage. If a male dog squats to pee, they consider this an affront to their human ego, as if the dog has no ‘male parts’.

It is thought that elimination postures for the sexes change between the 3-5 week age., with full leg left often accomplished around week 19.   Researchers are divided between what they have observed in the sexes. One suggests that male dogs cock the leg 97% of the time while female dogs squat only 68% of the time and do various other postures including leg lifting the remaining amount.

It is believed that the percentages can vary between breeds too. But my belief is early development may be decided upon the environment the dog is brought up in. That is how many dogs are male or female and what the prevalent preference is. Also are the dogs chastised for urinating on walls inside of breeding kennels etc.

What the leg lift in dogs physical means

Some people suggest that male dogs lift their legs as it is more comfortable to pee that way, if tey have large testicles, but sine many dogs are de-sexed these days, is that really a reason?

Dogs have to life their leg if they want to pee on a vertical surface, and many dogs pee on vertical surfaces as it will make the scent more pronounced to dogs walking past the pee, and it is less likely to be diffused when it rains.

But what is the advantage of lifting a leg to pee when the sent is on a flat surface? None. I know a very smart male dog that is also dominant who can pee a lot in its own yard as well as when out on off lead walks. He pees on trees by cocking his leg, after very careful selection and much body gesturing to get it just right. BUT when he smells urine on a flat surface he squats.

The advantage of squatting to urinate is that you will get less splash on your feet (why mark your own body rather than the intended target), and you can exactly target to the inch what you want to cover, when you position over the top of the spot and squat low.