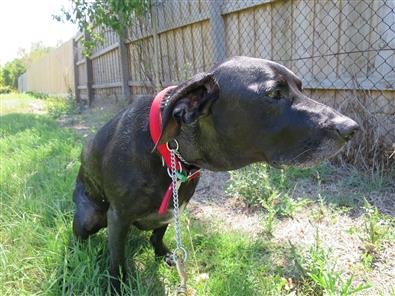 The previous attention seeking behavior articles looked at the top five ones and how to deal with them. You might think that covers all you need to know but there are much more subtle dog attention behaviors that should be discouraged that many people think are endearing.

The reason that these behaviors are usually discouraged by experts is that if allowed to flourish or encouraged they can turn into obsessive habits that are almost impossible to break.

And like the last articles I will deal with these habits in some details so in this article we will only have time to look at the two major ones:

The curious thing with these behaviors is that the first two can be out in an off lead dog park as much as in your home.

In fact I have a very large dog I deal with regularly who does the first two in combination. However she is doing these things for protection because while she is very large, she thinks she needs protection. This is her personal9ity and it has always been her way. As her owners don’t discourage it, i cant do much about it.

Funnily enough she prefers to be off by herself rather than with any pack I have unless she thinks there are bigger scarier dogs out there she doesn’t know than any dog she might have to deal with in my pack. My pack don’t care about forcing her to play, its all in her mind, but if some human comes to talk to me this dog will often come and sit on my feet or theirs or lean on them. Yes the big guy will protect them. But as you can see they don’t do this all the time, and its more about protection and insecurities than getting your attention to play with them, so this behaviour is probably ok, unless you decide it is not.

I recently found off a greyhound owner that their dog uses leaning against people as a form of affection, but traditionally it is dominance. They wont jump on you, they wont bark at you, this is much more subtle. They get to rub their scent on you (and own you) while you are thinking they are being affectionate. Sure there is some affection in there, but not the primary driver.

My dog doesn’t always want me around him, he will follow me from room to room, but isn’t big on being patted all the time. He is a dominant dog, so the patting is probably going against his core desires. Though he knows that come 4 pm its walk time. If I ignore him long enough he knows that barking will get him in trouble so he puts his head in my lap while I am tapping away on the computer. I find this incredible endearing, and it will get his way, but you know what, he deserves his second walk at that time.

If I was to stop this behaviour I would break a connection with my dog, and I would forget to go for walks and I would b breaking my promise to him. He does not do this to other people, so I know that this is my dominant dogs subtle and affectionate way of getting me to do what I should. NO I will never stop this behavior. However if your dog is doing it all day long, yes you will need to find a away to stop it. And probably getting them to play with a toy or be distracted by something else is the best way. Assuming you have walked them of course (ie they are not just high energy looking for release)!

The simplest way to stop this is to make it into a game with another object, that you can stop when you want to.

Buy a purpose dog toy that they will know is theirs, let them chose to bring it to you, or you chose to hide it until you want to have them play.

Choose if you want to play tug of war or a finding game, If tug of war let them win every tenth time and when you decide to end it, put it away and don’t accept any protest.